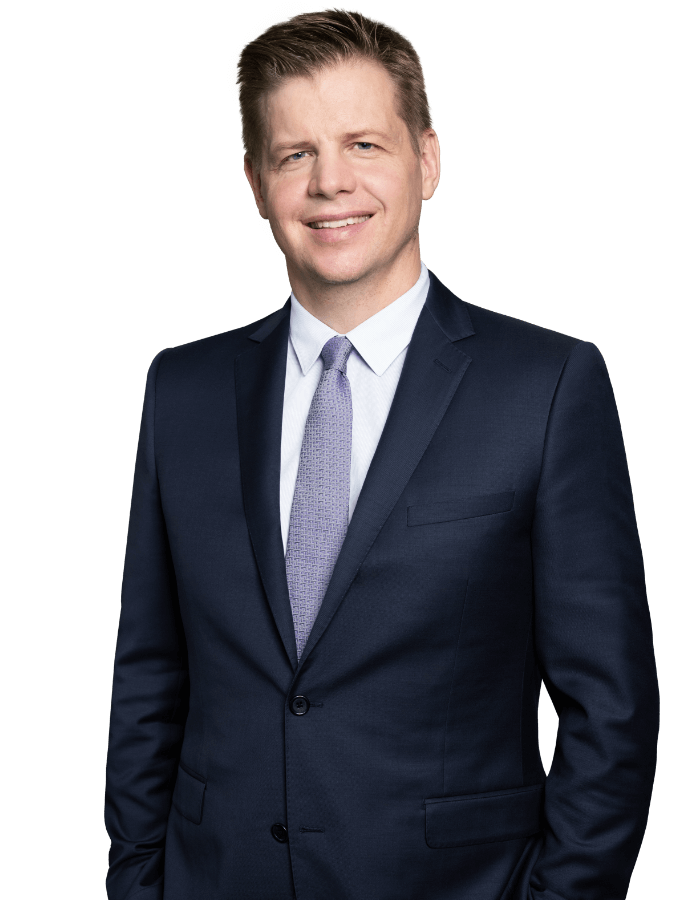 Sven Walker is a partner and business lawyer with an emphasis on Canadian-European cross-border business issues. He is chair of the firm's renewable energy law practice group.

Sven is a corporate and commercial lawyer by training and specializes in Canadian-European cross-border business. He is legal counsel to many well-known companies from Europe, including companies from Denmark, Sweden, Norway and Finland, the UK, Italy, Germany, Austria and Switzerland and advise these companies with respect to the establishment and expansion of their businesses in the Canadian and the NAFTA marketplace. He sits on the board of directors of many Canadian subsidiaries of European multinationals.

He is frequently involved in complex corporate transactions, such as mergers and acquisitions, financings, and divestitures of business and real estate holdings. He also advises on corporate governance issues, business and family succession planning, as well as the establishment of subsidiaries in the Canadian and USMCA markets.

Sven practices renewable energy law and lead the law firm's Renewable Energy Practice Group. He advises the firm's many solar, wind, hydro, and biogas clients in relation to the structuring, development, acquisition, disposition, financing, construction and operation of their renewable energy projects across Canada. He has acted as legal counsel on projects ranging in size from small microFIT 10 kW solar photovoltaic projects to large commercial scale wind and solar projects more than 90 MW. Sven is corporate counsel to a number of the world's largest renewable energy companies primarily due to the firm's focus on advising European businesses in Canada.

Sven was recognized as a winner of Lexpert®'s Rising Stars: Leading Lawyers Under 40 award, which is a prestigious award that recognizes Canada's leading lawyers under the age of 40.

Prior to joining Dale & Lessmann LLP, Sven interned with the prominent German law firm of Hengeler Mueller in Berlin. Sven is a frequent speaker at international and domestic conferences on general Canadian-European cross-border legal issues as well as legal issues pertaining to the Canadian renewable energy industry. Sven serves as a director on the boards of several well-known multinational corporations headquartered in Europe, including companies from Germany, Austria, Switzerland, and Denmark.

Canadian Travel Restrictions Due to COVID-19